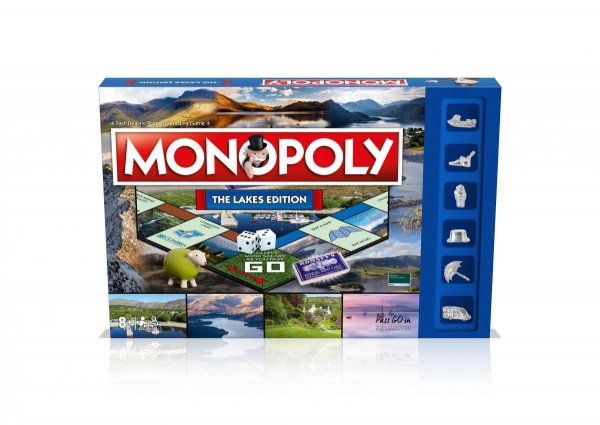 A VERSION of Monopoly, based on Lake District locations, is proving so popular that it has gone to a second print run, and may also go to a third.
The edition hit the shops in summer during lockdown and is selling so well that producers of the game, at Winning Moves UK, say it is heading for the Christmas number one slot.
A spokesman said: “The game brings the Lakes to the world at a time when the world can’t visit. Sales both locally and overseas have been phenomenal.”
This official version of the popular board game is looking like being a retail chart topper.
Kay Thompson, from Winning Moves UK said: “We sold out completely to retail within a few weeks. We thought when it was released that there would be enough games in the shops to cover this Christmas, but we have now had to go on a rapid second print-run. A third one is a possibility too.”

Ms Thompson added that sales have not just been regional but global.

She said: “As everyone knows The Lakes is an international tourist hot-spot and whilst this year it has been pretty much locked down to the world the Monopoly game dedicated to the Lakes has flown all over the globe.
The property sites, cards and tokens get a Lakes flavour.
Out go most of the classic tokens like the Scottie dog and battleship and in comes playing pieces which include a motor boat, a motor home and, an umbrella.
The board also sees all of the multi-coloured classic property sites like Mayfair and Park Lane handed over to Lakes landmarks such as Windermere, Coniston, Aira Force and Scafell Pike.
Read 1266 times
Tweet
More in this category: « Did you take part? Cumbria united in support of the NHS Lottery funding granted to Cumbria Wildlife Trust »