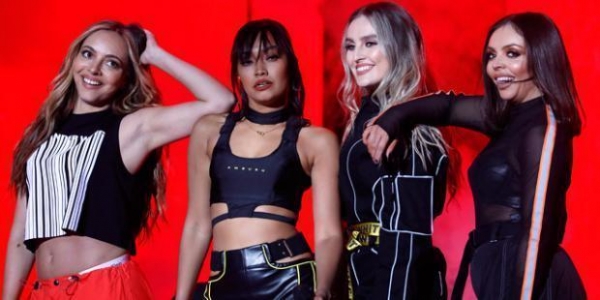 CUMBRIAN fans have shared their excitement following the news that pop stars Little Mix will return to the county for a summer gig next year.

The four-piece, who won ITV’s primetime Saturday night show The X Factor in 2011, will bounce back at Bitts Park in Carlisle on July 24.

It comes after a previous successful sell-out concert in the city back in 2017.

Tickets are set to be snapped up by fans of the girlband within minutes when they go on sale on Thursday morning.

In a video message posted to their army of 20 million followers on Facebook and Twitter about the 21-day tour, the group said they were excited to be heading back on the road and visiting dozens of towns and cities next summer.

Councillor Stephen Higgs, portfolio holder for culture, heritage and leisure at Carlisle City Council told the News & Star: “I’m delighted that such a big act as Little Mix is going to feature on the list of events in Carlisle in 2020.

“The fact that they are returning is testament to the warm welcome they received last time and I’m sure that their visit will be well supported once again.

“Many thanks to all those, our excellent city council staff among them, who worked so hard to bring this off.”

Following the news, music-lovers took to social media to share their views.

“They performed on my due date last time and I was devastated I couldn’t go.”

Twitter user Dani posted: “I’m so happy that you’re coming back to Carlisle.”

However, reacting to the news on our Facebook page, reader Zoe Ratcliffe said: “Hope it lasts longer than last time as they were not on stage for long at all.

“This is a wonderful opportunity for ‘Mixers’ across Cumbria to see the world’s biggest girl band first hand in what will be an amazing show.”

Tickets go on sale at 9am on Thursday.