You are here:
news
/
Penrith to Keswick rail line should reopen 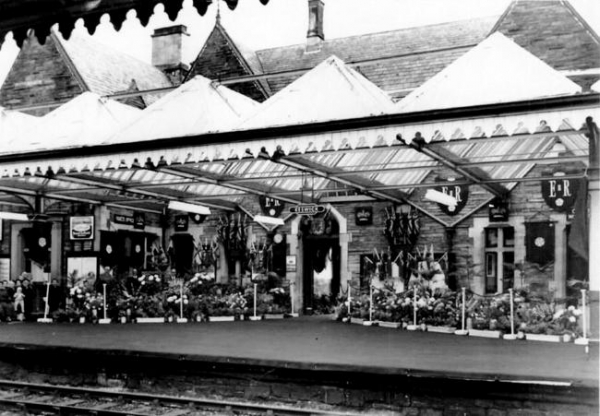 The chairman of the Lake District National Park Authority (LDNPA) has voiced support for reopening the Penrith-Keswick rail line
Transport for the North - a government-appointed body - has set out its blueprint for around £70 billion of investment in transport projects across the region over the next 30 years. Its report recognises the importance of tourism, which could strengthen the case to reopen the Penrith-Keswick line which closed in 1972.

LDNPA chairman Mike McKinley told The Cumberland News: “Reopening the line fits in with two themes that we’re working on. Low carbon: the less car travel the better. The other is, how to move 19 million visitors around the National Park. There’s great potential for gridlock. Last year 89 per cent of visitors arrived by car. Rural buses are disappearing faster than leaves on an autumn tree.“I have great difficulty in understanding how we are going to cope with increasing numbers of visitors when we have no rail link other than Windermere / Oxenholme.

A line from Penrith to Keswick would give us a second rail hub into the Lake District.” The idea has been mooted for years but little progress has been made. “I think without some public sector funding it would be difficult,” said Mr McKinley. “Elsewhere in the country old Beeching lines have been reopened successfully. The Borders Railway is an excellent example of what can be done with people and an authority - Scottish Borders Council - who really want it. You get all sorts of spin-offs. I went up there. The head of the council was surprised by the amount of rail tourism. Cumbria County Council are the transport authority here. Their support is key.” Freelance railway consultant Cedric Martindale from Carlisle set up CKP Railways to try and reopen the line. He said: “The reopening would have significant economic, environmental and social benefits. “It would also lead to a better network of services linking north Cumbria with other northern regions. It would have a very modest cost per mile compared to many other suggested reopenings because the original earthworks and bridges are largely undisturbed. But the county council remains reluctant to even endorse the idea. That is the main thing that needs to change.”  Keith Little, the council’s cabinet member for highways and transport, said: “The council remains supportive of CKP Railways making an application to the Department for Transport for a Transport and Works Order. The council will provide a fully informed response when the application has been submitted.” Mike McKinley remains optimistic. “There are no insuperable problems. I would love to see a community-led pressure group arise that we can support.”

Read 601 times
Tweet
More in this category: « Conservation charity adds 6000 trees to the things it looks after Lakes Distillery vodka named among the best in the world »