You are here:
news
/
All aboard special Carlisle to Chester service

All aboard special Carlisle to Chester service 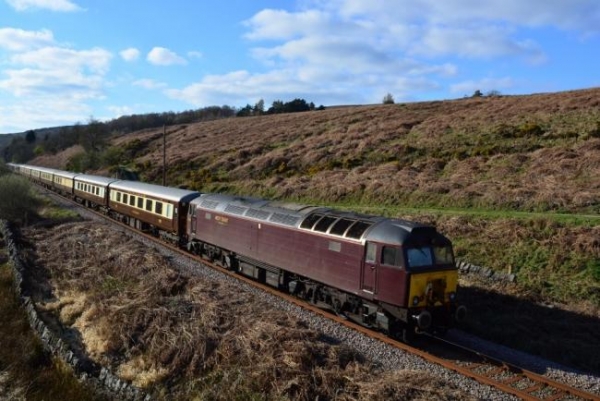 A SPECIAL 30th anniversary train service to celebrate the Settle-Carlisle railway being saved from closure is to take place this summer.


The service, which will travel from Carlisle to Chester, will be operated by a vintage diesel locomotive. The Anniversary Express excursion will run on Saturday, July 13, departing from Cumbria at 8am. The train will call at Appleby, Kirkby Stephen, Settle, Hellifield and Clitheroe, and arrive in Chester at midday. Passengers will be able to spend several hours exploring the city, before boarding a return journey from Cheshire at 4.30pm, which will pull up in Carlisle at 8.30pm

Tickets will be available for First Class with Premier Dining, First Class, and Standard Class.

Built in 1876, the 72-mile Carlisle to Settle railway line ventures through the North Pennines, Eden Valley and the Yorkshire Dales. Proposals were made to close the line in 1981, but after public protest and a rise in passenger numbers, the Government declared in 1989 that the line should stay open.

To buy tickets for the special service, go to www.settle-carlisle.co.uk
Read 704 times
Tweet
Tagged under
More in this category: « Lakes Distillery vodka named among the best in the world Appleby Horse Fair community drop-in events »